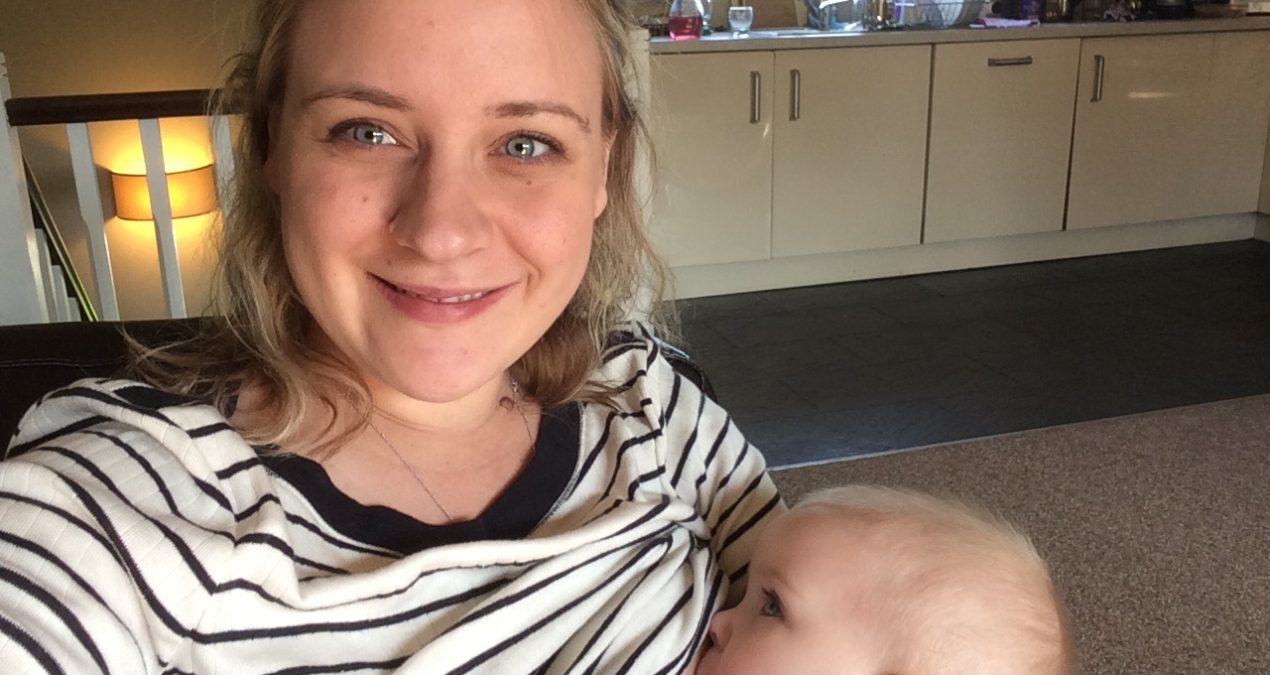 A Year of Breastfeeding

I honestly didn’t think I’d get to this point – a whole year of breastfeeding under my belt, but with it being National Breastfeeding Week, it seems appropriate to celebrate. I’m proud to have fed Pickle for this long, and although it was tough to begin with (that initial six weeks of getting the hang of it and persevering through cracked nipples and raging hormones seems like a distant memory now), it’s been a journey I’ve absolutely loved. And I’m still not ready for it to be over. 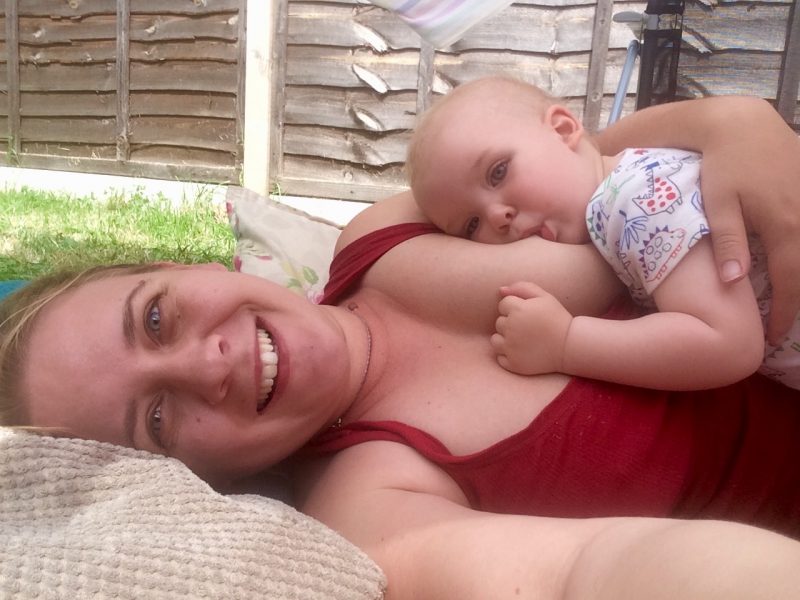 I suppose somewhere along the line, I made the conscious decision to not write about breastfeeding very much on here. And part of me is a bit ashamed about that. I feel like I should have flown the flag a little bit more and spoken out about the good and bad parts. It’s not because I’m a shy breastfeeder – I’ve happily gotten the boob out anywhere it’s needed and I’ve had some lovely conversations with other women, other Moms and inquisitive children about what it’s like, how it works and why it’s important. But I’ve been worried about not being able to express myself properly about it in writing, and run the risk of offending someone if they don’t read what I’ve said properly or in the manner in which it was intended.

I don’t want to be associated with the real hardcore breastfeeders. The ones who make other women feel inferior, or who criticise pretty much everything as being barriers for encouraging breastfeeding without seeming to realise that perhaps their behaviour is also pretty off putting. I’d love more women to breastfeed in this country, but I care more about more women being happier Moms. And that means letting each of us make our own informed decisions and being confident in them – whatever we decide is best for our family.

I don’t know what the future holds for Pickle and I. He does still drink a fair amount: he loves a snooze-y feed first thing in the morning, and usually has a feed before any daytime naps and again before bedtime. And then on and off during the night – we still haven’t hit the holy grail of sleeping through. This recent hot weather has sent him into milk overdrive though and he’s been after milk a lot more frequently, and to be honest, I’ve let him. I’d rather him stay hydrated. He will drink water, but he’d much rather have milk! Wednesday was a particularly MILKY day, and for the first time in ages, I did actually feel like it was too much. 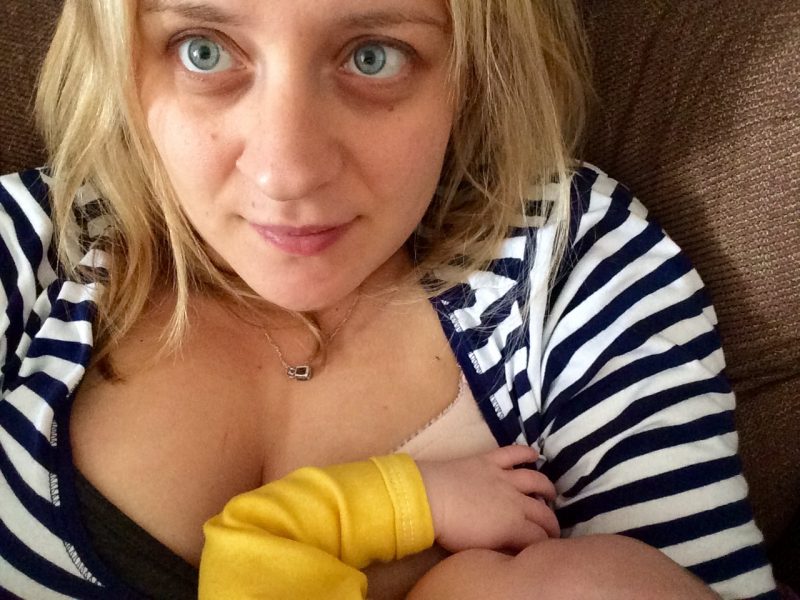 Part of me thinks that I really should start thinking about cutting down. But, I don’t really know how. I worry about how I’ll get him to sleep otherwise. I worry about not being needed as much. I worry it’ll be the start of him not wanting cuddles anymore. Because that’s got to be the best bit of feeding, hasn’t it? All those lovely snuggles. I don’t want to give those up just yet. I also worry about what others will think. And I KNOW, I’d be the first person to tell someone else not to give two hoots about what other people think, but there’s so much negativity and misunderstanding around extended breastfeeding.

For me, I initially wanted to get to six months of feeding. That was my first milestone. And when I hit it? I wanted to get to a year. And now I’m past that, what’s next? In all honesty, I don’t have something now to aim for, as such. I’m playing it by ear. But the World Health Organisation recommends breastfeeding for up to two years, so whatever happens in the next eleven months, I feel like I’ll at least have their support. 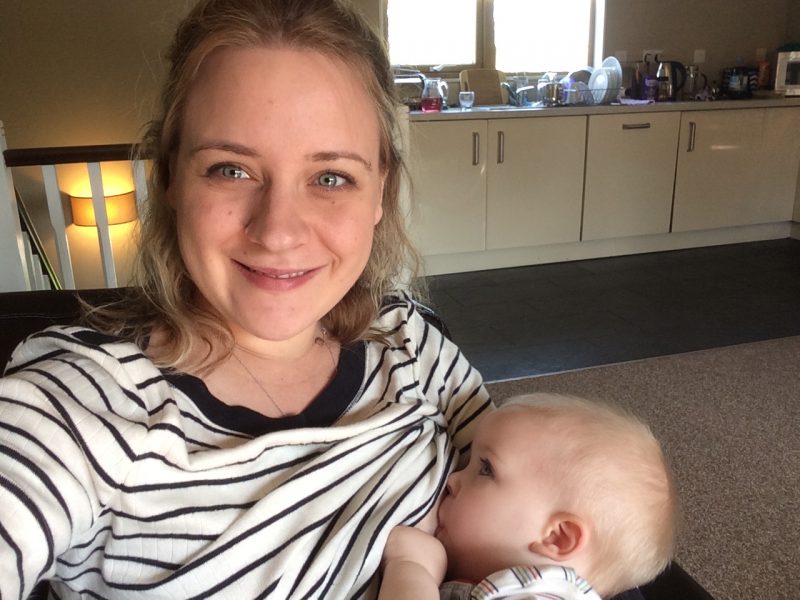 For now, I’ll just live in the moment. Because for as long as we’re both happy, we’ll continue. I’m proud to have made it this far. And I’ll be proud for however long this journey continues.