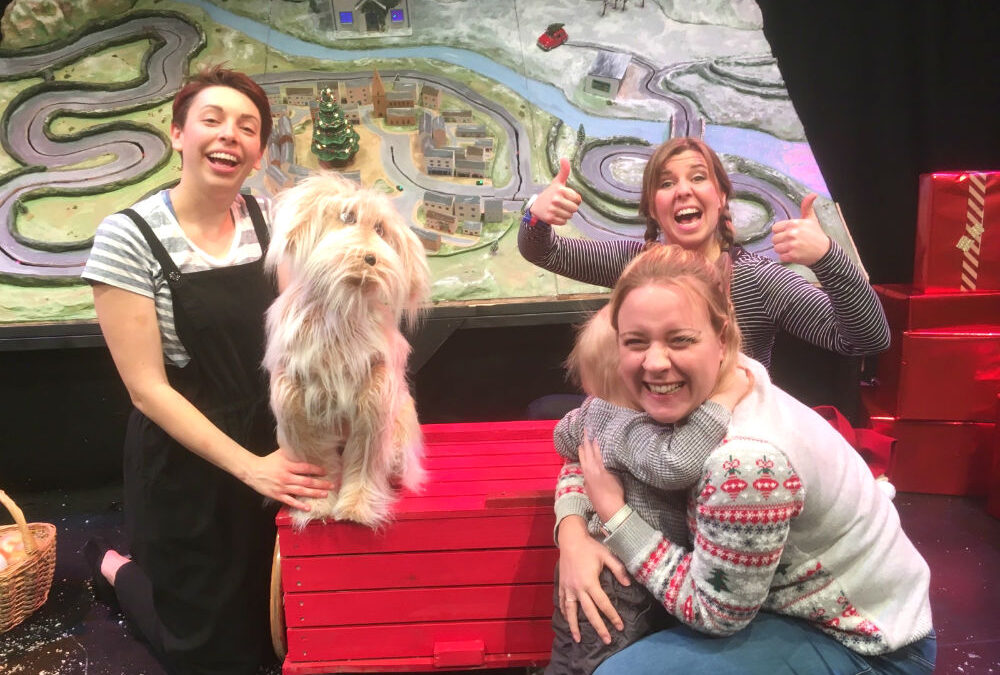 We’re lucky to live in the West Midlands – we have a wonderful wealth of cultural venues to choose from. We’re a stone’s throw away from Birmingham and all our second city has to offer (from big arena venues and multi-disciplinary centres to smaller intimate studio spaces), Warwick Arts Centre is only a hop along the motorway and more locally, Artrix in Bromsgrove has a fantastic programme for young people and families. These venues offer such a wealth of theatre that I rarely look further afield, but our visit to the Lichfield Garrick this weekend to see New Old Friends‘ production Home for Christmas may change that!

An invite to see their Christmas show for little ones was the perfect excuse to visit Lichfield for the first time. It was surprisingly easy to get to: a straight forward journey to the end of the line on the train (although, they didn’t check for our tickets… anyone else hate it when they don’t check your tickets?) and the theatre was only about a five minute walk from the station. We arrived in plenty of time to drop by the Box Office before having a little mooch around the town before the show began. 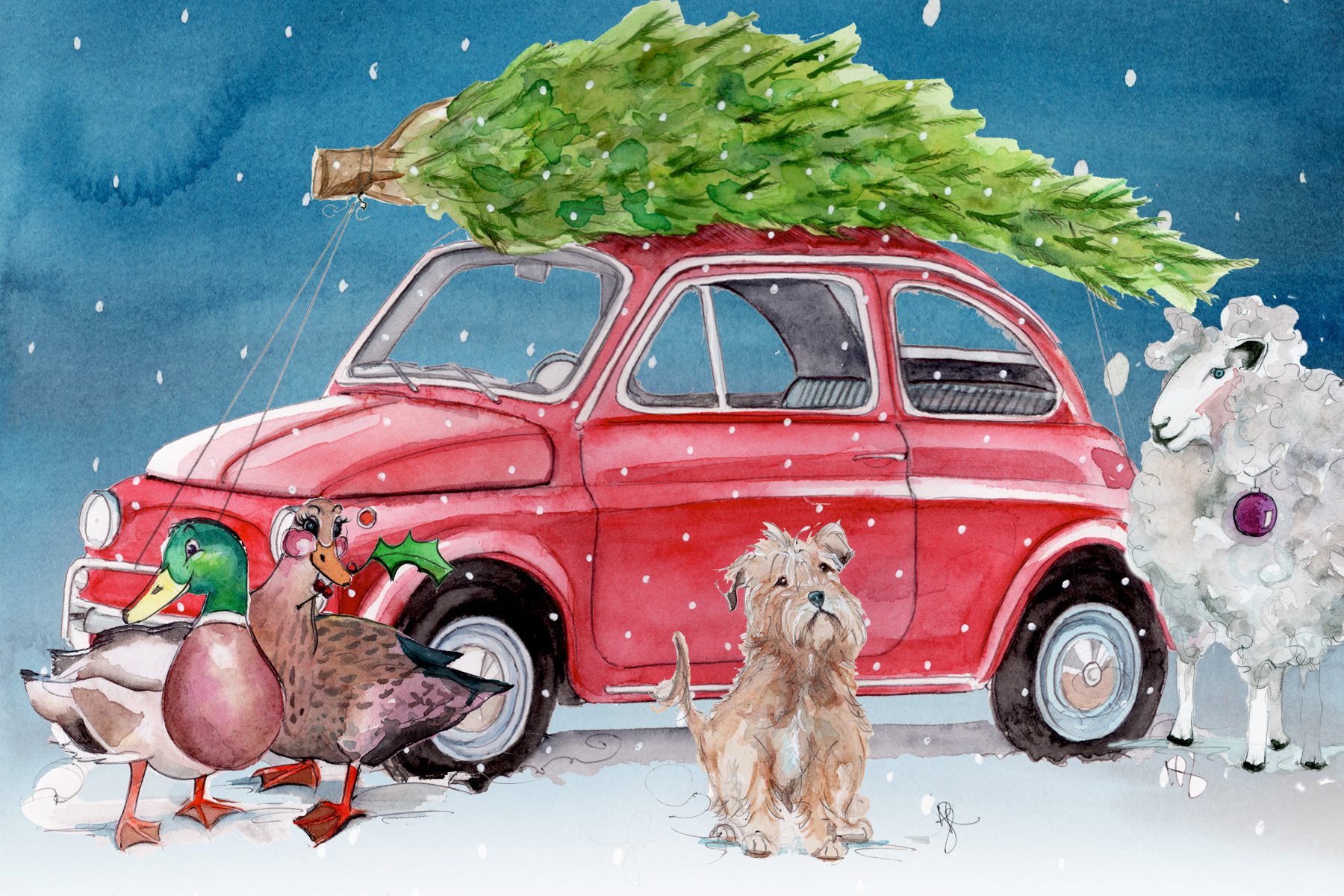 Home for Christmas is a lovely little studio show, following Mum’s Christmas Eve adventures with Scruff the dog as she attempts to tick off everything on her list despite getting waylaid on her way.

The success of this production completely rests on the charisma of the performers, and thankfully – they both hit the nail on the head, right from their friendly pre-show handing out of snowballs to staying afterwards to allow families to pose for photographs with them. Katie Haygarth plays the Mum we probably wish we were all a little more like: positive, caring and patient. If I’d have been held up as many times as this Mum only to arrive at the shop for it to be closed, I’d be swearing like a trooper and blaming Dad for everything, obviously. Emma Longthorne works her woolly socks off as a potato-loving farmer, adventurous sheep, a pair of lost ducks and a scatty Mayor that could rival Mayor Goodway (a Paw Patrol reference, for those of you not in the know).

Our Children’s show Home For Christmas is limited with tickets today but there are some left for early next week. Book early to avoid disappointment. @garrick@VisitLichfield @Lichfield_DC @LichfieldLive @lichfield_cc pic.twitter.com/vIckUvwSh2

It’s the most story led performance we’ve taken Pickle to see so far, and relies more on following the narrative than just enjoying the visual spectacle. I was quite impressed that Pickle stayed fairly engaged throughout even though the age recommendation is 2-3 years+. It’s probably not a production I’d recommend as a first introduction to theatre if your child is younger than that, but Pickle is proof that younger audiences can still enjoy it. Anything with a life-sized dog puppet is always going to go down well, even if Pickle wasn’t sure about sitting next to him for this photo opportunity at the end! 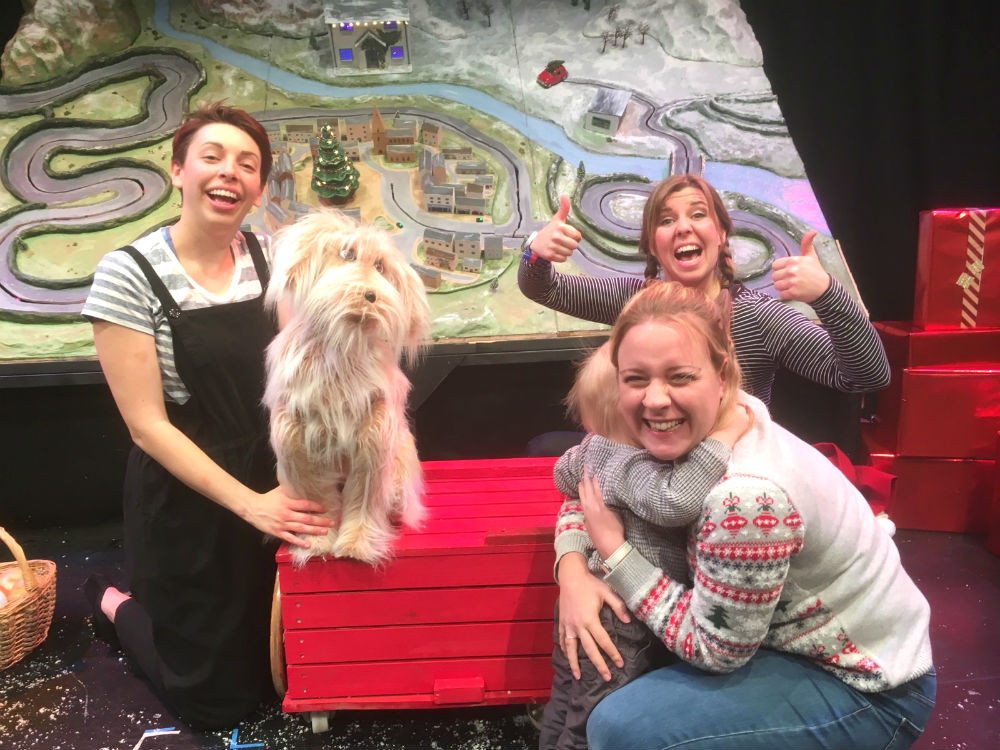 For half an hour of festive loveliness, a show that the whole family can enjoy and laugh at together, get yourself to the Lichfield Garrick where Home for Christmas is running with several performances a day until Sunday 31 December. It may not be the most visually dynamic, but it’s full of joy and you’ll leave feeling more festive, relaxed and uplifted. It’s the theatre equivalent of putting your feet up by the fire: warming, comforting and enjoyable for all. 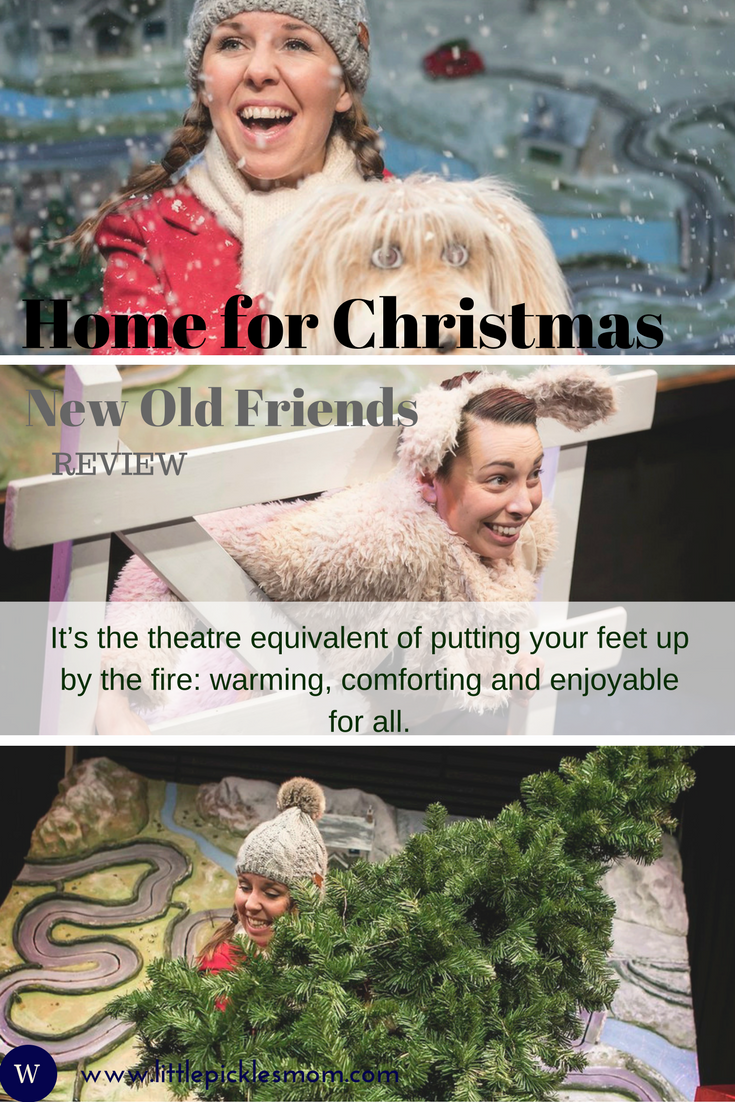 Disclaimer: we were offered press tickets for the purposes of attending and reviewing this performance.