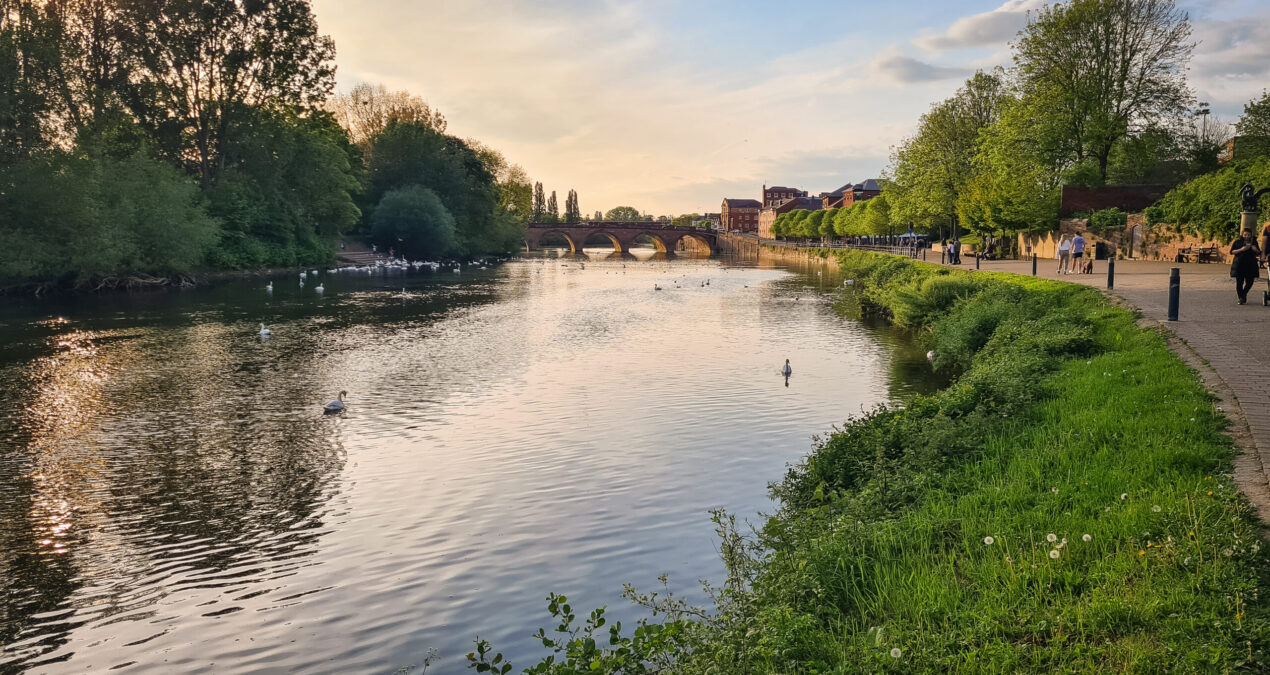 by Holly
45 views
No Comments
0

With four weeks left until the Worcester City Runs 10k race on Sunday 4th September, the countdown is on, and I’m delighted to be running as an Events of the North Ambassador this year. Having ran the Worcester City Half Marathon last year, I can’t wait to return to the streets of Worcester and experience the fantastic atmosphere all over again. And keep your eyes peeled on Instagram, as I have some 50% discount codes to offer out if you fancy joining me.

I raved about the Worcester City Runs event last year, and it’s what prompted me to apply to become an Ambassador. From beginning to end, the event was well managed and the atmosphere was fantastic. I loved the route of the Half Marathon – the beginning snakes around the city before running alongside the river (on both sides) and then heading out of the city before the most glorious final three miles of a half ever because they were flat or downhill. Great PB potential, especially with isotonic drink stations available. It was magic.

These lovely photos perfectly captured how I felt running down towards the finish, having just spotted Jim and Pickle in the crowd. We celebrated by treating ourselves afterwards to treats from Steamhouse and it was the perfect Sunday.

If you’ve been reading here a while or follow me on social media, you’ll know running features consistently (although, often in peaks and troughs – it’s a cyclical love affair!). Running has always been a part of my life – not because I’m particularly that athletic but because of how it makes me feel. There’s a freedom in running. A strength. I love feeling proud of my body for its achievement, no matter how long it takes me. I love the headspace. And seeing progression and improvement. I love how I feel when I come back home from a training run, but I love it even more when I come home from an event. There is nothing like that post-race glow, is there?

Running is as much for my mental health as it is for my physical health (and often even more so).

Having run everything from a mile up to a marathon, this year has been all about the 10k distance for me. It’s short enough to not require any mammoth training efforts but long enough to be a satisfying challenge. And you know what? For once, I think I have a time in mind that I want to aim for at the Worcester City Runs 10k. I’m not usually one to aim for a particular finishing time as I find the pressure counter-acts some of those mental health benefits, but imagine if I did it? Imagine how great that would feel.

So how is training going? Well… for the past few weeks, since running the Redditch 10k and Timberhonger 10k, I’ve been mainly focussing on general fitness and strength rather than getting the miles in. I’ve happily returned to Hot Pod Yoga and have been trying to do two classes a week to really get back into the swing of things. I find yoga particularly great at stretching out my hamstrings which can often become tight as a result of running. After a gap of at least eight years, I’ve also started going back to Les Mill Body Pump classes which I used to absolutely love before I had Pickle. The class is essentially weight lifting set to music, but with lower weights and higher repetitions. It’s great fun, and I’ve surprised myself by already using the same weights as when I used to go previously which I’d spent a long time building up to. Aside from those, my regular runs around the hockey pitch and the odd mountain hike has kept the legs ticking over.

With less than a month until race day, it really is time to start committing to regular mileage. I may need to set my alarm clock for an early start so I can fit in a run before the mayhem of working from home during the summer holidays begins. Once I’m up and out of the door, I’m always glad to have gotten my training run done for the day: it’s the best way to energise and I always feel more productive afterwards, rather than having the thought of a run hanging over me all day like a chore I’m desperately trying to avoid.

So, are you tempted to join me? 10k is a great distance for new and seasoned runners and if you can run 5km, you’ve got enough time between now and 4th September to get yourself prepared to take on the 10k race. Leave me a comment below if you’re planning on running, and especially if you fancy joining me for a post-race celebratory doughnut from Steamhouse afterwards. I’m going to turn that into a tradition!

Thomasland in the Summer, with 365Tickets