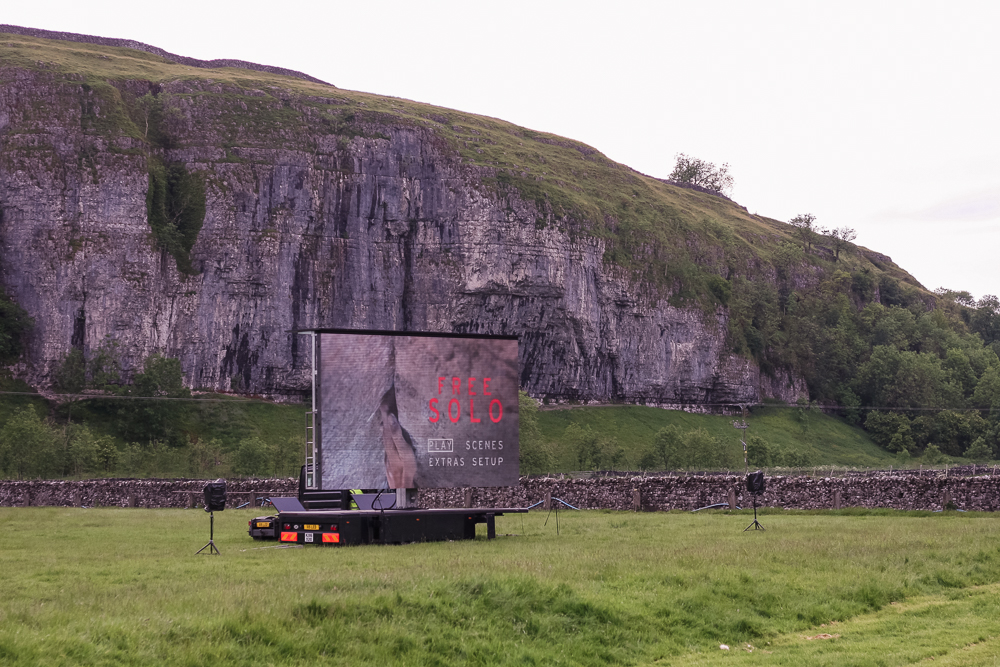 Films that bring the Outdoors in

I am currently half way through our household’s 14 day self-isolation quarantine after Pickle became ill with a high temperature last week. Not being able to get outside has been quite the adjustment! I mean, there’s a lot to adjust to at the moment, isn’t there? I’ll be honest, there was a day or two where even looking at pictures of the outdoors on Instagram sparked rage and grief for my loss of freedom, but as I come to terms with what is our new normal for the next few months, I’m finding ways to bring the countryside to me instead. So grab your tablet or (even better) fire up your thx certified television screen, and fill a bowl with popcorn – here are the films you’ll want to watch in order to get your outdoors fix and inspire future adventures.

The Scottish Highlands in Disney Pixar’s Brave is almost a character in itself. When Merida, the fiercest Disney Princess of all, heads out on horseback to the tune of Julie Fowlis’ Touch the Sky, I would trade places with her in a heartbeat. There’s so much to love about this Disney masterpiece, especially seeing as it was Pixar’s first feature-length film to be directed by a woman. It follows Princess Merida, of Clan Dunbroch, a wild bow-weilding free spirit who is appalled by the idea she is to be married off to a prince of a neighbouring Clan. She takes matters into her own hands, but be careful what you wish for, as her desire to change her mother has rather un-bear-able consequences.

If you’ve not heard about Alex Honnould and his attempt at free climbing (climbing without the aid of safety ropes) El Capitan in Yosemite, you need to watch this stomach churning National Geographic documentary. It’s included in the Disney+ subscription. I first saw it whilst sat in a field with Kilnsey Crag in the background, after a hike around the South Yorkshire Dales with Blacks and The North Face last summer, and it’s sparked an interest in rock climbing that will definitely be explored once all my Accountancy exam studying is over and I’ve got free time again! It will have you heading for your nearest climbing wall, once, you know, they’re open again.

Have you heard of the Camino de Santiago? It’s a series of pilgrimage routes leading to the shrine of the apostle Saint James the Great in the cathedral of Santiago de Compostela in Galicia in northwestern Spain. In The Way, Martin Sheen (a favourite of mine mainly thanks to The West Wing) plays a grieving father, determined to finish the route in memory of his son who died during his attempt. It’s a film that has soul and plenty of walking – the cast and crew notched up over 300 kilometres whilst filming. If you’ve ever fancied a multi-day hike, this will definitely whet your appetite and get you itching to research travel options.

Full disclosure: I’ve not yet seen Wild. But I’d like to. And I’d also like to read the book (in fact, I’ve just downloaded it to my Kindle). My only frame of reference for including this film has been it’s constant inclusion in film roundups that inspire adventures and that episode of Gilmore Girls where Lorelai decides to hike the Pacific Crest Trail along the West Coast. At some point during this Covid-19 pandemic, I’m going to find the time to both read and watch this film.

My last recommendation is a bit of a wild card. Firstly, because it’s not actually a film. It’s a TV series. And second, because it’s based on a Mills and Boon novel. But (hear me out), this heart warming tv series that released on Netflix last year has some of the most beautiful scenery I’ve ever seen on film. It had me googling the filming locations before the end of the first episode, and made me seriously consider moving to a secluded cabin in the woods – if only because I too would like to watch wild deer whilst I drink my morning cup of tea. It’s full of romantic slush (and isn’t as raunchy as the source material would lead you to believe), but it’s an easy watch and will have you routing for these characters from the get-go. If you need a bit of escapism during these uncertain times, you can’t go wrong with Virgin River.