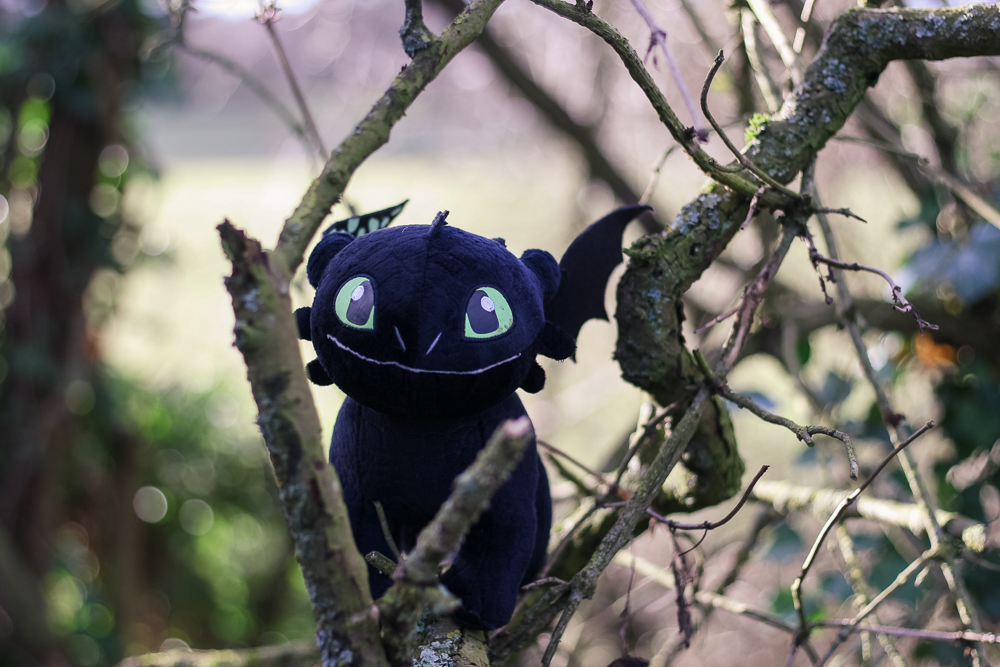 Lessons Learned from How to Train Your Dragon

This post contains items that have been sent for review.

Now that Pickle is of an age where he will happily cosy up and watch a film (especially if there’s popcorn), I’ve loved the excuse to watch all my family favourites without the guilt of feeling like I probably should be watching something a little more hard hitting.

If I had to choose one film to watch day after day, it would without a doubt be How to Train your Dragon. I haven’t been to see the third movie yet, but I am all kinds of excited about it – especially as I have a child to tow along to the cinema to make it look like I’m not the dragon-crazed adult that I am.

It helps that the music for the film was scored by Jonsi, whose music we used on our wedding day. When the film credits come up at the end, and I hear that familiar sounding music, it always makes me a bit emotional.

In addition to the happy-tears-inducing music, there’s a lot of morals and lessons that I can get behind in How to Train your Dragon, and if watching a movie like this helps to encourage some of this thinking in Pickle, I’m happy to watch it all day every day – do you agree?

Be True to Yourself

Hiccup is a Viking. And at the beginning of the movie, he thinks that means being a tough, mean, dragon-killing machine. He’s so determined to earn the respect of his peers and if killing a dragon is what it takes, that’s what he’ll do… until when push comes to shove, he can’t bring himself to do it.

He listens to the voice we have inside all of us that says: hang on a minute this is wrong. Just because everyone else is doing it, doesn’t mean it’s right. And it doesn’t mean you should do it too.

Take the Time to Understand Others

If there’s one quality that enables Hiccup to succeed, it’s his ability to respect and appreciate people (and dragons) who may be different. He takes the time to observe and learn about Toothless, forcing himself to forget everything he thought he knew and starting from scratch. He throws his misconceptions away, and I think that’s so very important in our modern world.

Arguably, he does then use that knowledge for his own gain and there could be an exploitation argument to be made here… but that’s a debate for another day.

Loving Where You Live

As a teenager, I hated the town I grew up in. There wasn’t much to do (in my eyes), it offered few opportunities and I was eager to experience bigger, brighter and better things. I always thought I’d move away at the earliest chance I got, but when it came down to it… I actually wasn’t sure about being so far away from home. Now as a parent, I love my hometown. Nothing has really changed about it – except my attitude.

We so often take what’s on our doorstep for granted. We’re quick to point out the flaws, much like Hiccup does with his home town of Berk. But I love the last scene in the movie, when all of that gets turned around. Yeah, he might still moan about the weather (who doesn’t?), but the pride in his voice is unmistakable.

Getting Your Own Dragons

I’m still waiting for a free weekend so we can go and see How to Train Your Dragon: The Hidden World ourselves, but in the mean time, I was thrilled to be sent the cutest plushies from Posh Pals celebrating the movie’s release earlier this month on 1st February.

I’ve got (I should probably say Pickle has… but who am I kidding? It’s me who is the most excited!) two of the medium sized plushes: Toothless and Hookfang, which retail at £16.99 each (they can both be bought from Zoom.co.uk and Harrods, but Toothless is available at a wider range of stores: Amazon, Clintons and Hamleys). I really want to get my hands on a Light Fury too… but I might wait until I’ve seen the film so I can meet her for the first time on the big screen.

Other Pieces in the Range

I can’t wait to report back once I’ve seen the film and let you know what I think. I hope I’m not disappointed… I have very high expectations!

Disclaimer: we were sent two medium plushes and the soft toy bag clip pictured here for the purposes of review.
All content, opinions and views remain my own.

Our Family Camps with our Personalised Blanket

Camping, Family Life, Get Outside

Kampa Paloma 5 AIR at the Caravan and Camping Show