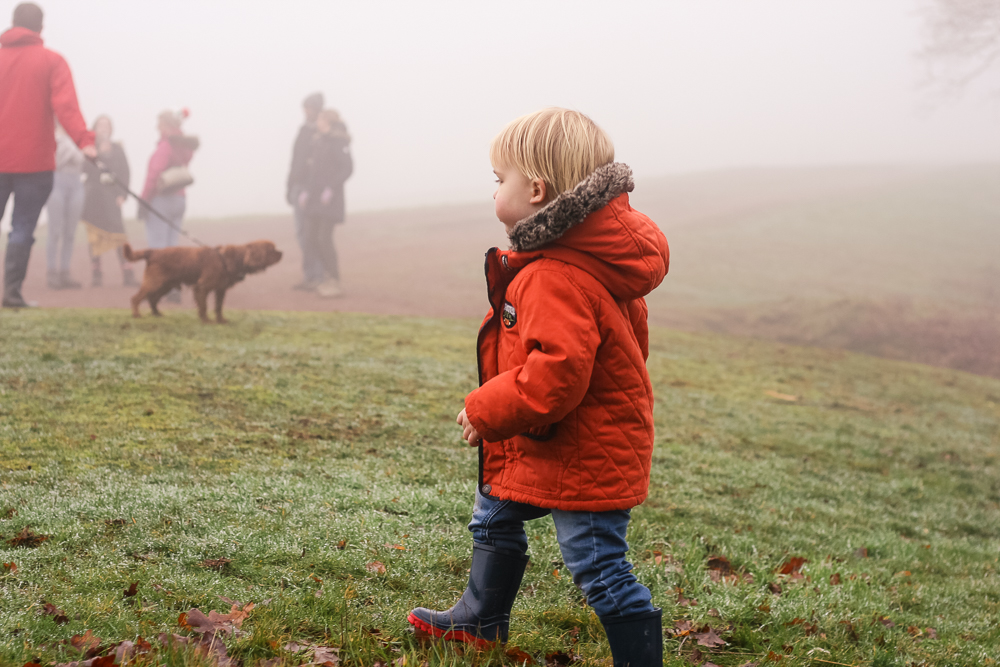 The Ordinary Moments – The Walk that didn’t happen

I’ve not written a post for The Ordinary Moments for a long time. Which is a shame, because it’s usually these posts that I enjoy reading back the most. They’re easy to forget, or to put off when paid or review work feels more pressing, or I’m sat in an untidy lounge with an ever-growing pile of clothes just begging to be put away beside me. Especially over the last few months as I’ve been juggling studying alongside everything else. It’s easy to categorise them as unimportant, a ‘nice-to-do’ rather than a must.

When I had a reminder from my blogging friend Donna that this week’s The Ordinary Moments was live, I felt a tug to get something written. But what? You see, I’ve not got any lovely photos to share. I can’t even write about our day out today, because it didn’t happen (and the fully charged batteries in my DSLR camera remain unused).

We had plans to go for a walk up the Clent hills. A special place to us. We were going to meet friends, they were going to buy bacon sandwiches (we had ours at home, to save a few pennies) and let the kids blow off some steam. Pickle wanted to jump in muddy puddles like Peppa. We got dressed, we made sure we had our Wellingtons in the car, I packed a bag of spare clothes. But then the tantrum happened.

I let him play with his ToddleBike in the garden whilst I put our bits and pieces in the car. He eagerly sat on top, giggling as he positioned himself at the top of the garden, and squealing as he lifted his legs and let the gentle slope propel him along. He waddled his way back up to do it all over again. He was having fun. LPD and I were feeling a bit stressed (maybe stressed is too strong a word…) but we were hurrying to get everything in the car, feeling anxious that we were already late.

I tried explaining to him. Tried to reason. Showed him that we were putting his ToddleBike into the car – hoping that would prove to him that he was still going to get to ride it. He didn’t care. He wanted to ride it now. He cried more. He got angry. He arched his back as I tried to put him in his car seat. He battled against me with all the energy he had.

I didn’t have the patience today. I didn’t want to fight. We were late already. Even though the car was packed, complete with thermos flasks of tea for LPD and I, we made the threat: if you don’t get in the car, we won’t be able to go to the big park. You won’t be able to ride your bike and we’ll have to stay at home.

The tantrum continued. We weren’t prepared to fight with him any longer. We gave him one last chance: Last chance now, we get in the car and we go and play in the hills with your bike… or we go back inside the house and go to bed.

With a pained expression and a little cry of anger (from me, let alone Pickle!) we abandoned the day out. We took him back inside, we put him to bed, and he promptly fell asleep instead. And has been ever since. He was obviously tired. He needed the rest. But I needed the walk. I wanted the fresh air. And yes, I’ve managed to get some blog work done, read a bit of the book I’ve recently started (Kids These Days: Human Capital and the Making of Millenials by Malcolm Harris*) and enjoyed a bit of peace and quiet… but I hate days when we’re stuck in the house all day. The only time we ventured out yesterday was to go to Aldi. It’s not exactly the stuff weekend dreams are made of.

These aren’t photos from today. They’re from our traditional family walk up the Clent Hills on Boxing Day. The foggy background making them look eerily like they’re imagined photos of what could have been today. Ghost photos.

Maybe we’ll still get chance for some fresh air before the night draws in. Maybe there’ll just be enough time for a quick walk and play on the park. Or maybe we’ll finally take our pumpkins to the woods that have been sat in our porch since Halloween (yes, really). I don’t want today to feel like a failure. I don’t want to sit on the sofa at the end of the day feeling like it was a day wasted. There’s still hope that this day can end positively.

A Line in the Sand

Just as I was about to hit publish, we heard the tell-tale signs that he had woken up. LPD went to greet him, picked him up for a cuddle and brought him downstairs. He had that dozy, glazed look that he has when first waking, with messed up hair and rosy cheeks.

“Did you enjoy that nap, darling?”

We’ve already had cuddles. He’s shared some food with us. He’s shown us that a well-rested Pickle makes for a happy toddler full of cuteness. He’s put a hundred smiles on my face in just ten minutes.

We can definitely turn this around.

Disclaimer: this post contains Amazon Affiliate links. This doesn’t affect the price you pay, but if you choose to purchase, I may earn a small referral fee.

Inspiration From the Teletubbies Playdate Pack