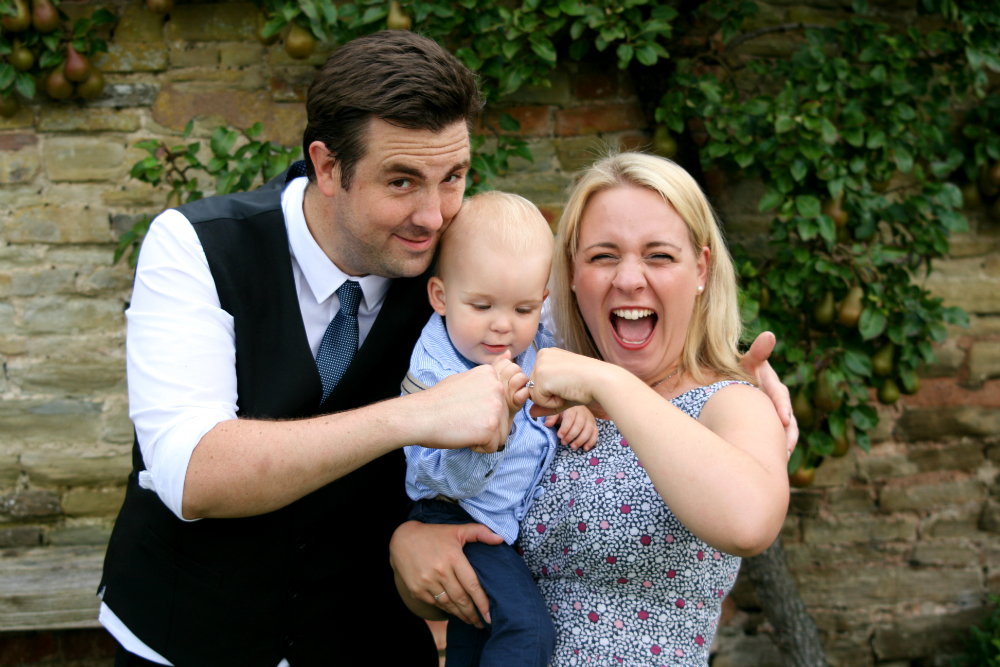 We had the absolute pleasure of attending our NCT friends’ wedding this week. We felt so privileged to have been invited, and to honour this glorious couple who have become such a big part of our day-to-day lives since we’ve become parents that we didn’t really stop to think about the practicalities of taking our adventurous, loud, teething, feisty toddler. We arrived woefully under-prepared. So if you’re reading this and have an upcoming wedding with a toddler to attend, please – learn from our mistakes! I’m certainly not a wedding-parent expert, but here’s what we figured out (the hard way). 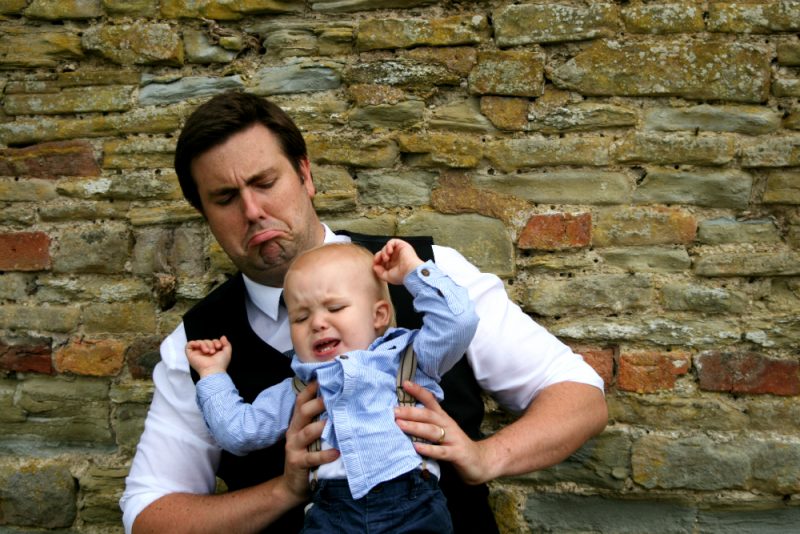 Snacks (plenty of them) + cling film!

It is unsurprising that many of the other bloggers I asked for advice heralded food and snack bribery as one of the musts for surviving a wedding with a toddler. Nothing quite keeps little ones amused and quiet than a mouth full of food. We packed a full lunch box of bits for Pickle, which I then stupidly left in the car for the ceremony. Thankfully, in my not-so-wedding-beautiful backpack I had a few packets of snacks that I whipped out to keep him occupied… although I was very conscious of the noise the rustle of the packets were making. Next time, I’ll be wrapping his snacks in cling film to minimise the noise.

Take bribes. We literally used to stuff my handbag full of biscuits and sweets and little toys we could give him every time he started to play up. – Laura, Five Little Doves 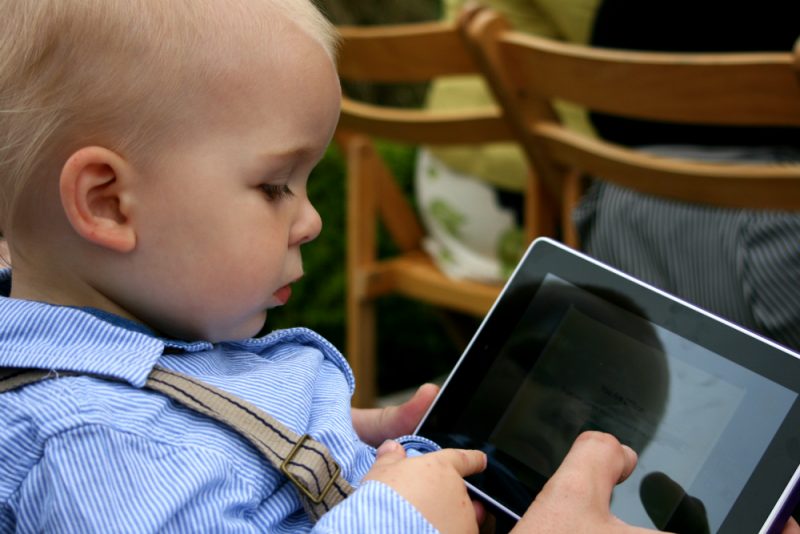 Utilise the ‘Digital Nanny’ (and check it beforehand)

If you’re a fan of Mother Pukka, you’ll no doubt have come across the term ‘Digital Nanny’ – an affectionate name for the digital devices in our life that, whether you love or hate them, know how to captivate the attention of our little ones! We realised whilst we were camping that Pickle has taken quite a shine to the CBeeBies apps so I was planning on muting the volume and letting him tap away during the ceremony but typically, my tablet was having a wobble and even though I charged it especially, something went amiss and it wanted me to redownload all my apps. With no internet. I let him play with the calculator function for a little bit, but I don’t think that was quite as exciting somehow.

I love this idea from fellow blogger Terri for slightly older toddlers:

Give them a kids camera, old camera or disposable camera and task them with taking pictures. They feel they have a job and a purpose and it’s funny seeing life through the eyes of a toddler. – Terri from The Strawberry Fountain 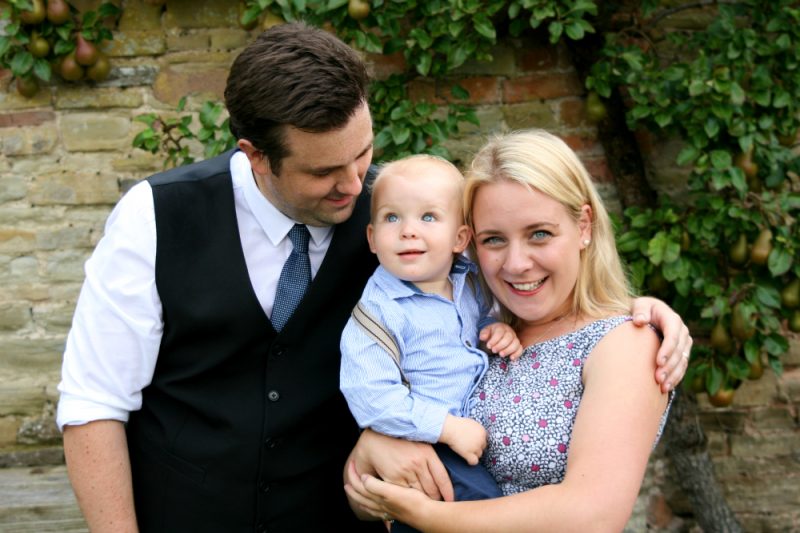 Take any photos sooner rather than later

I was so glad we took a few family photos as soon as the ceremony had finished… moments later, Pickle was literally rolling around in mud, stones and getting himself absolutely filthy. And that was before he smeared his sleeves in what I think was a roasted vegetable quiche. But, seeing as we’d already got a nice family photo, I wasn’t too bothered. And I had a bag full of spare clothes (which I didn’t even use – except for his pyjamas). He was happiest running wild in the gardens, and whilst my high heels were definitely not the most efficient footwear for toddler-chasing, it was at least nice to see him so happy. And it was much less stressful once I resigned myself to letting him get as dirty as he liked. 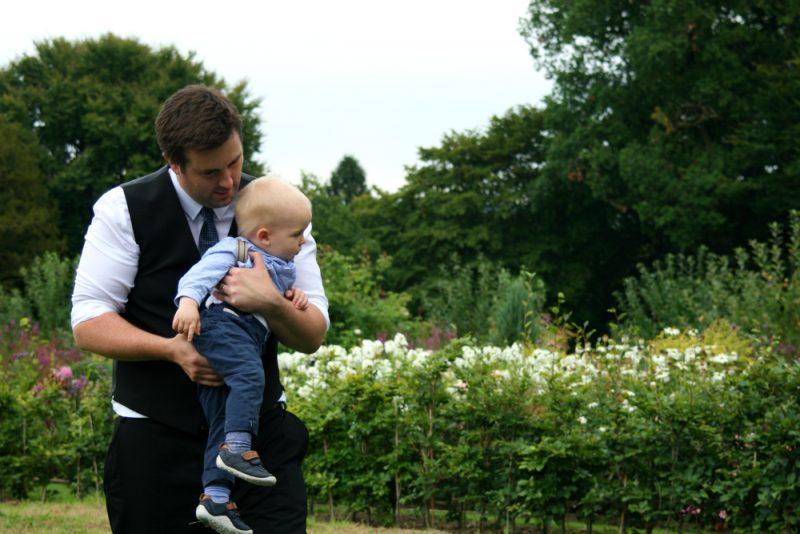 In the mad rush to get us all out of the house looking presentable and vaguely on time, I forgot to put the pushchair in the car. I had some vague hope that Pickle might have a little snooze in it if we went for a little walk with him in the evening, meaning we could have enjoyed some hands free drinking/dancing time but that idea went out of the window pretty quick.

Thankfully, our friends let us borrow their stroller so LPD made a valiant attempt at walking him to sleep around 9pm but it didn’t quite work. Still, it was a bit of a break to have him safely contained in there for twenty minutes at least.

Generally, I bring the stroller and keep her in it. This really boils down to knowing your child, but for us, we have found that when we are out in public, keeping her strapped in the stroller for as long as possible is the best solution- it keeps her pacified and happy and she is perfectly content there. I also bring lots of food, snacks, and toys to keep her busy. – Elizabeth at The Homemakers Journal 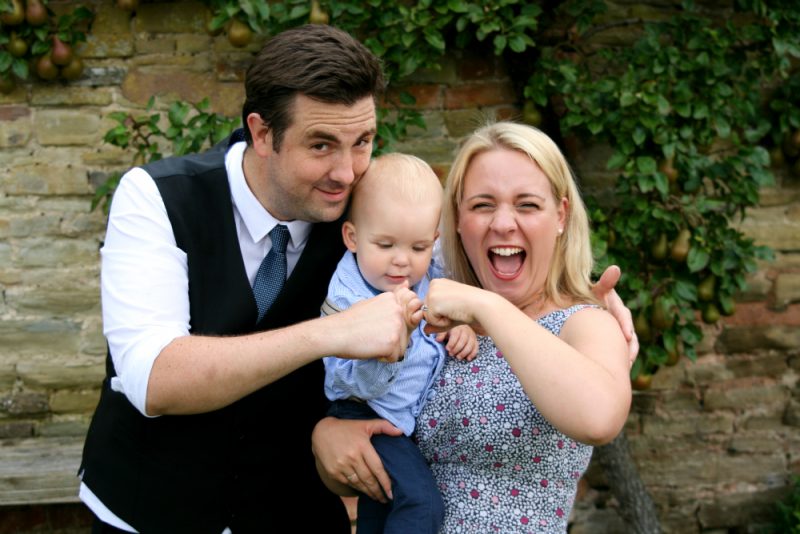 In it TOGETHER – tag team

In all honesty, the biggest mistake we made wasn’t anything to do with Pickle and all to do with us as a couple. Most of the stress from the day came at being annoyed at each other rather than anything Pickle was doing – he was fairly well behaved all things considered. We should have thought about the day in sections, and decided which bits we individually wanted to make sure we were most ‘present’ for and agreed that during those times, the other parent would be in charge of Pickle. For LPD, that would have probably been the Best Man’s speech, and for me: the first dance.

I got frustrated at the start of the reception that I seemed to have been left to my own devices with Pickle whilst LPD had a good natter with our friends. It’s not that I didn’t want him to have fun socialising (after all, isn’t that one of the benefits of a good wedding?), but I was getting myself wound up thinking that he’d do that all night. And, I’m not too proud to admit, that I was a bit of an arse and got all stroppy and ended up basically chucking Pickle at him quite rudely and flouncing off for a walk in the gardens on my own for all of five minutes to calm down. I may have muttered something about it being his turn to actually be a parent… Sorry LPD.

NEXT TIME, I’ll make sure we plan it out. I think it’s much easier to cope with sitting secluded with a toddler and some toys or wandering aimlessly around the gardens for what feels like hours, if you actually know that you’re going to tag-team in a short while. In the end, I think we did quite evenly split out the parenting duties over the course of the day – and we both found the time to enjoy parts of the wedding as individuals, as a couple, and as a family. 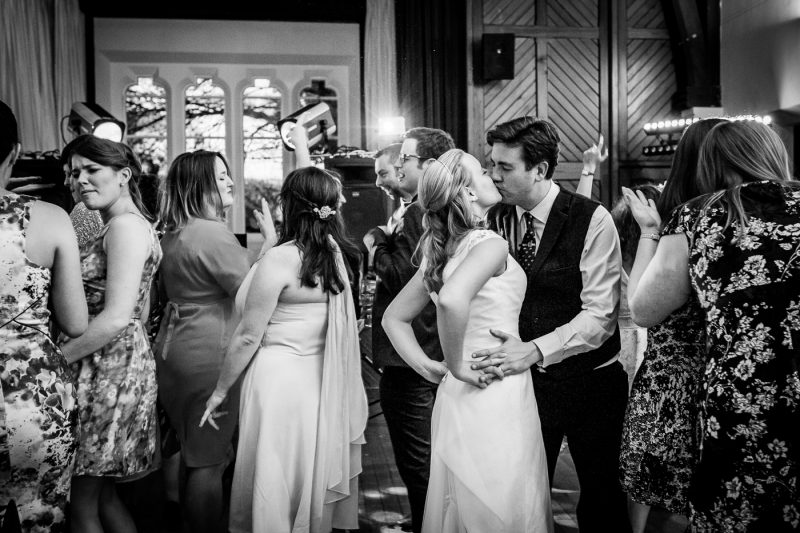 Or… get a babysitter?

Of course, the other option (and one which I think we’ll both strongly consider for the next wedding), is to get ourselves a babysitter. So that we can enjoy getting dolled up without having to brush muddy footprints off our clothes. So we can delight in all the celebrations without having to worry about spontaneous toddler cries or always knowing where the nearest exit is in case a speed getaway is needed. So we can have a dance. And a smooch. And just remind ourselves of why we got married in the first place: because we do bloody love each other.

Do you Print your Holiday Photos?

Gifts for £5 with Sports Direct