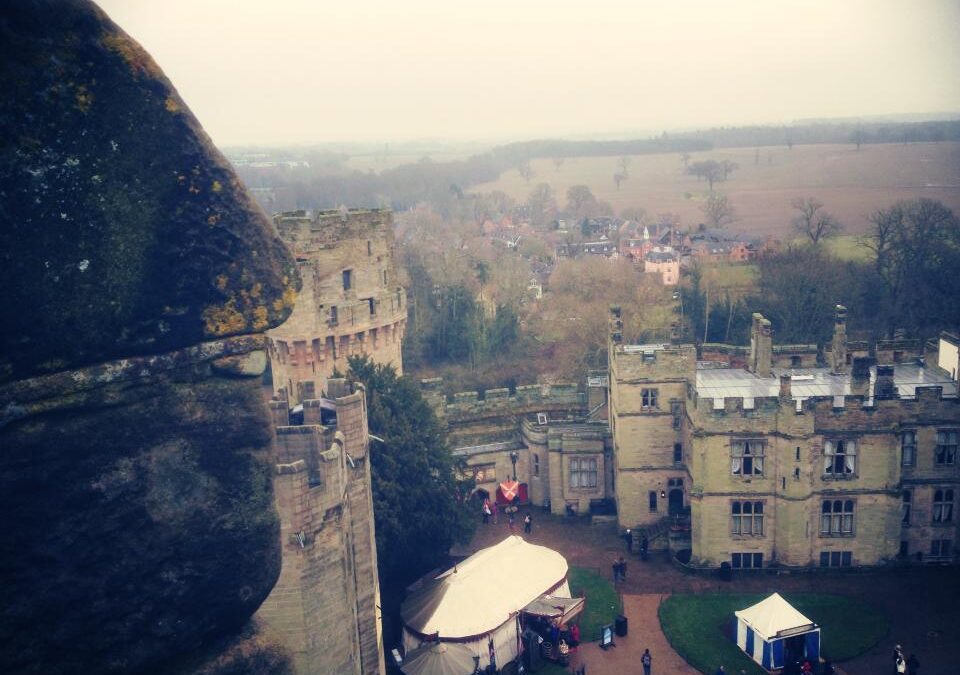 Even as I typed the title for this blog post, I already knew the answer to my own question. To explain: I just received an email alerting me to the registration opening date for the biggest local 10km run in the racing calendar around here: The Two Castles.

It’s a great event! You start the run at Warwick Castle, where literally thousands of runners line up ready for the 10 kilometres of Warwickshire countryside ahead, and you ultimately finish at Kenilworth Castle, where a medal, your loved ones and a sweaty bus awaits to take you back to your car at Warwick. I think I’ve completed this event a couple of times now, and I’ve always enjoyed it. There’s a little bit of a hill climb at the end just to keep things interesting! The best bit is when you run past The Saxon Mill pub as they usually have staff outside with massive buckets of cut up oranges – my favourite running snack!

Just the email subject got me excited. This race sells out within minutes of opening so you have to get in quick to secure a spot! This year’s event? 12th June 2016. 23 days after Pickle’s due date.

LPD and I took this selfie just before we attempted the Two Castles run in 2014.

I started to write this post asking for advice as to whether this would be too soon after my due date to consider a 10km run but I already know it’d be stupid to enter. Firstly, who’s to know whether I’ll end up having a C-section or not (in which case, running will DEFINITELY be off the cards). Secondly, what if Pickle is two weeks late? And thirdly, even if I don’t have a C-section and Pickle arrives ahead of time, I am sure running 10km will be the LAST thing I’ll want to do just weeks after baby’s arrival, especially as I’ve not ran even as far as 10metres since I’ve been pregnant.

Post-2014 run selfie! It was SO hot, and we were definitely VERY sweaty. But we got medals – yay!

God dammit. Maybe I’ll see if LPD wants to run it instead, and then Pickle and I can load up the pushchair with snacks and find a nice spot somewhere on the route to cheer him along. Go Daddy!

So then I suppose the question turns to… when can I start booking myself into races? I’m not an overly competitive runner (it’s a good job as I’m as slow as anything!), but I do like to register for events as good running motivation – plus, there’s nothing more satisfying than waking up early and being rewarded for your exercise efforts with a medal. I’d been toying with the idea of an Autumn half marathon but now I think about it, that also feels too soon. What if Pickle doesn’t sleep? What if just getting through the day itself is exhausting enough without adding the pressure of running on top? Maybe the best thing is just to see how it goes. And refrain from paying for any race entries until much nearer the time… Parkrun can keep me occupied until we settle into some sort of routine.

I’d love to hear from other running Mums out there: how quickly did you get back into running? What’s realistic in terms of what my running ambitions should be for the rest of 2016? Should I just lay off the organised events for a year or so?