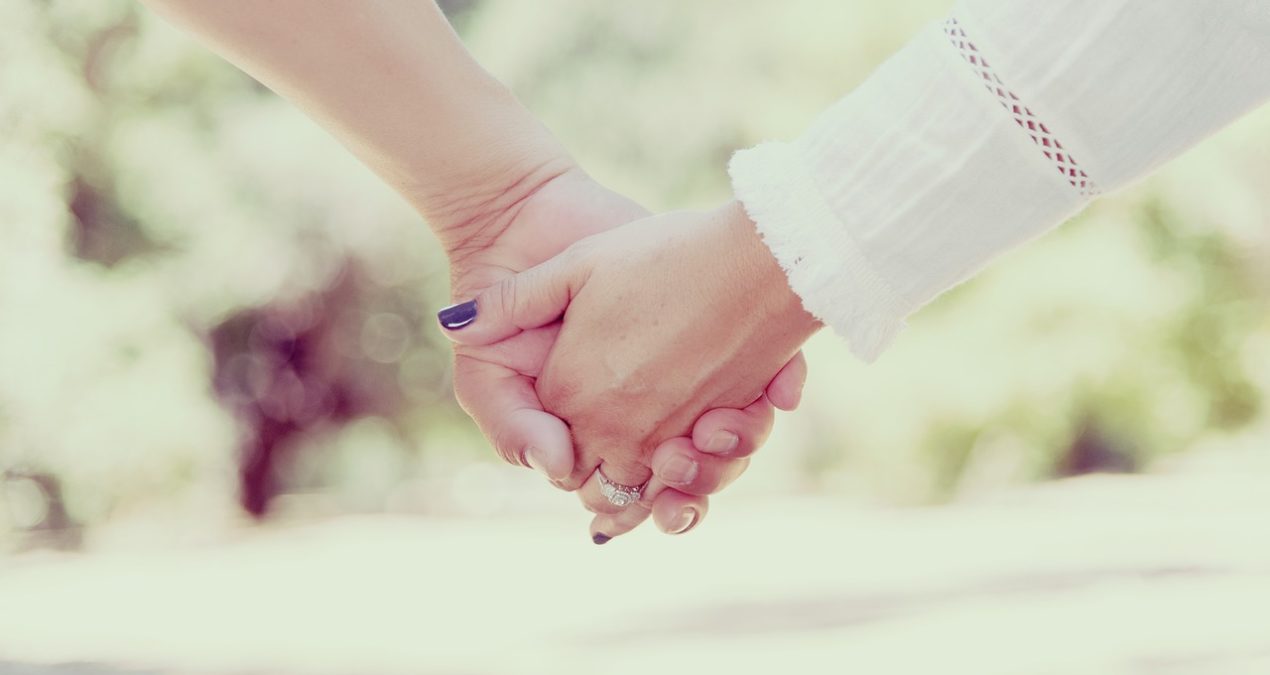 by Holly
5887 views
32 Comments
0
Contents hide
1. Easily Offended by Each Other
2. A Lack of Sex?
3. I’m Not Rejecting You
4. The Dictionary Definition of Co-existing
5. Living in Unity

Last night, you asked me: Are we just co-existing? And I’ve been thinking about it ever since.

Easily Offended by Each Other

At first, I was angry you’d even asked. Is that all you think of us now? After almost ten years of life together, our relationship has reduced down to just being two people that happen to live together? Gee, thanks. Immediately, I was on the defensive. Immediately, I felt hurt. Because that’s our default at the moment: we’re so easily offended by each other. I’m tired of having to suffix everything I say with ‘that’s not a dig at you, by the way’ just in case you’ve taken my innocent comment as a passive aggressive insult. It’s exhausting.

Then I was just sad. Sad in the knowledge that we haven’t spent as much quality time with each other as perhaps we should. Sad that I can count on one hand the amount of dates we’ve had since becoming parents. Sad that I often think about organising a night out for us, but then feel like arranging a babysitter, worrying about money and putting pressure on myself to look nice are too big of obstacles to overcome. It’s just easier to have a lazy night in instead. For us to sit on separate sofas (when did that become our norm?), passively watching the latest craze on Netflix, with our phones in hand, fearing to get too comfortable knowing that as soon as we do, Pickle will wake up and require settling back down again.

A Lack of Sex?

And then I felt guilty. Because, co-existing is a euphemism for our lack of sex, isn’t it? And I know I’ve not been very forthcoming in that department. I don’t have to justify my reasons why but I feel I have to. It’s not, contrary to your paranoia, that I don’t fancy you anymore. It’s not that I’ve gone off you or find the idea repulsive. I love you. I think you’re beautiful, and gorgeous and you’re always the handsomest man in the room. It’s just… my body isn’t the same as it once was. My hormones are all weird thanks to twenty months of breastfeeding, and I can’t forget how uncomfortable things felt down there those first few months. Don’t you remember how much I wondered if they’d made some kind of mistake during my c-section? How much I worried I’d never be able to enjoy sexy times again? And the relief when I found out all of this was normal because of my decision to breastfeed? Slowly, slowly, I think my hormones are starting to level back out, but I still get anxious. It’s still not the same. And I’m still learning to feel confident about my new post-baby body.

I’m Not Rejecting You

I’m not rejecting you. It’s really nothing to do with you… but it’s like I said last night: if you spend months feeling pain from the prick of a needle, even if one day it’s suddenly not as painful – you’re still going to be scared of the needle. Perhaps my choice of analogy is a little unfortunate (I’m not calling you a prick, or a needle by the way), but the metaphor still stands.

And let’s not even get started on my chronic lack of sleep. You may feel your nights are unsettled, but it’s nothing compared to the hours and hours I’ve spent awake at night nursing. Something I still don’t really feel you’ve shown enough appreciation for.

Shit. I’m not painting a very pretty picture, am I? It’s all starting to sound quite bad. Strained. Maybe you’re right. Maybe we are just coexisting. Do all new parents feel this way? Is this what a marriage with children is like? Are we normal? Or are we failing? I don’t know. No one really talks about this, do they?

The Dictionary Definition of Co-existing

This morning, unable to think about anything else, I looked up co-exist in the dictionary:

Look at that second definition: to exist in harmony, despite different ideologies or interests. Hang on a minute. I don’t know about you, but that actually sounds quite positive. Doesn’t it? It also sounds like something that takes a lot of work, a lot of consideration, patience and compromise. It sounds like the kind of state married people should be living in.

And we are different. Our parenting ideologies aren’t the same. Our roles as parents have been poles apart. Until this week, you were the breadwinner and I was the stay at home Mom, and as much as I know the value of being at home with your child – we live in a society that means our contributions to the household are inevitably measured differently. There are things you’ve even said yourself, comments and quips that despite you saying otherwise, betray you, and prove that you see Pickle as my responsibility by default, even when you’re present too.

If, through all of this change to our lives, our views and our priorities, we can still manage to co-exist, and live in unity… I actually think that’s something to celebrate. Because, you see… despite our increased petty arguments and our passive aggressive tendencies, there really is no one else I’d want to do this with. There’s no one else I could find peace with in such a time of turmoil, change and uncertainty. You are still my best friend. You are still my rock. You are still the person I want to comfort me the most after a day of self-doubt, tantrums and overwhelm. Your opinion is the still the one I value above all others. You’re my everything.

I know without a shadow of a doubt that I still want us to live in the same place. At the same time. I want to exist in harmony with you, despite a mountain of differences between us. I still want to co-exist with you. For many more years to come.

So, ask me again: are we just co-existing?

With all of my love,

The Snowman is coming to Coventry Cathedral