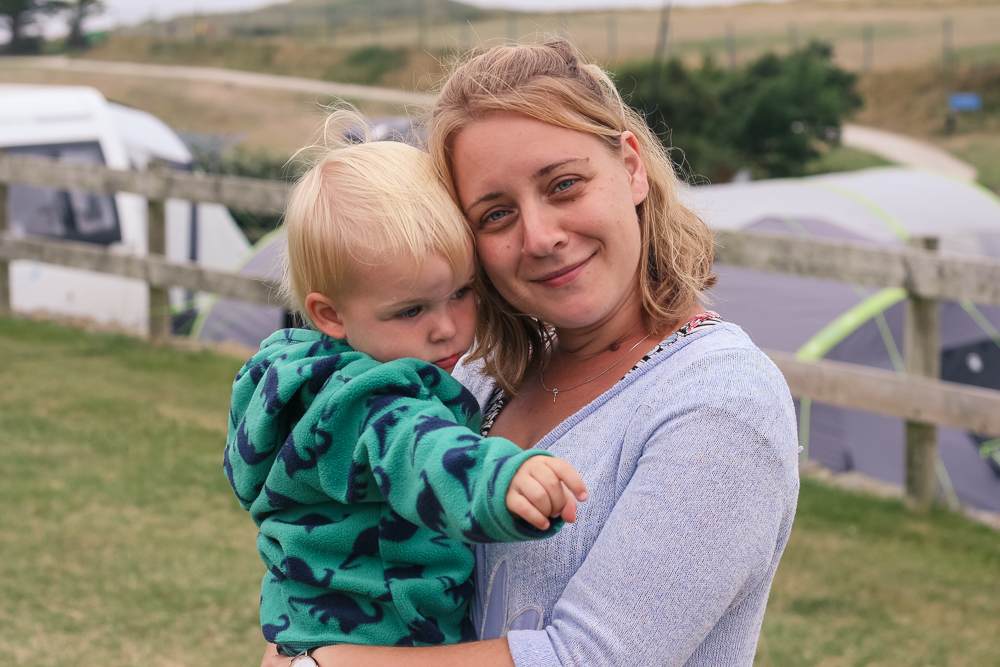 I’m the Parent of a Biter

My child is a biter.

It’s embarrassing to write. It feels shameful to admit – even though I’ve been quite honest and open about it. It’s one thing to moan about to other people or to brush off a ‘bad morning’ with an eye roll and a shake of the head at work, but it’s another thing to write it down in black and white. To confront the reasons behind it head on and be honest about what has and hasn’t worked when dealing with it. 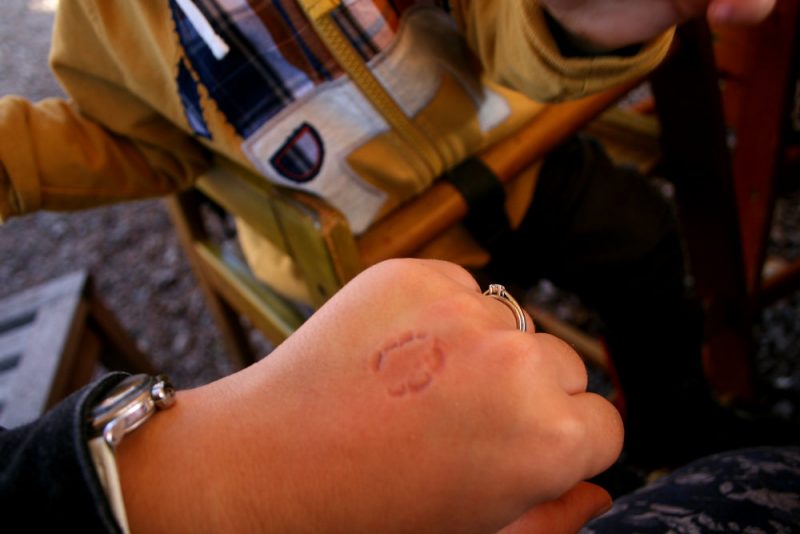 This is something I’ve wanted to write about for a long time. But I’ve never really known how. I’ve thought about writing a guide on how to deal with your child’s biting, compiling a list of all the research I’ve done and the conclusions I’ve made… but I’d feel like a fraud writing that. Because nothing we’ve done so far has worked. So how could I possibly write with any authority? (Although… see my note at the end!)

I have trawled the internet, reading all sorts of articles and guidance from other parents, child psychologists, and parenting ‘experts’. I’ve read personal experiences, forum discussions and academic articles. But there’s a huge part of me that feels like none of it is aimed at me. Does that make sense? They write as if biting is a cognitive choice, like the decision to bite is considered, weighed-up and judged to be the best course of action… and it’s hard for me to acknowledge that thought process in Pickle. 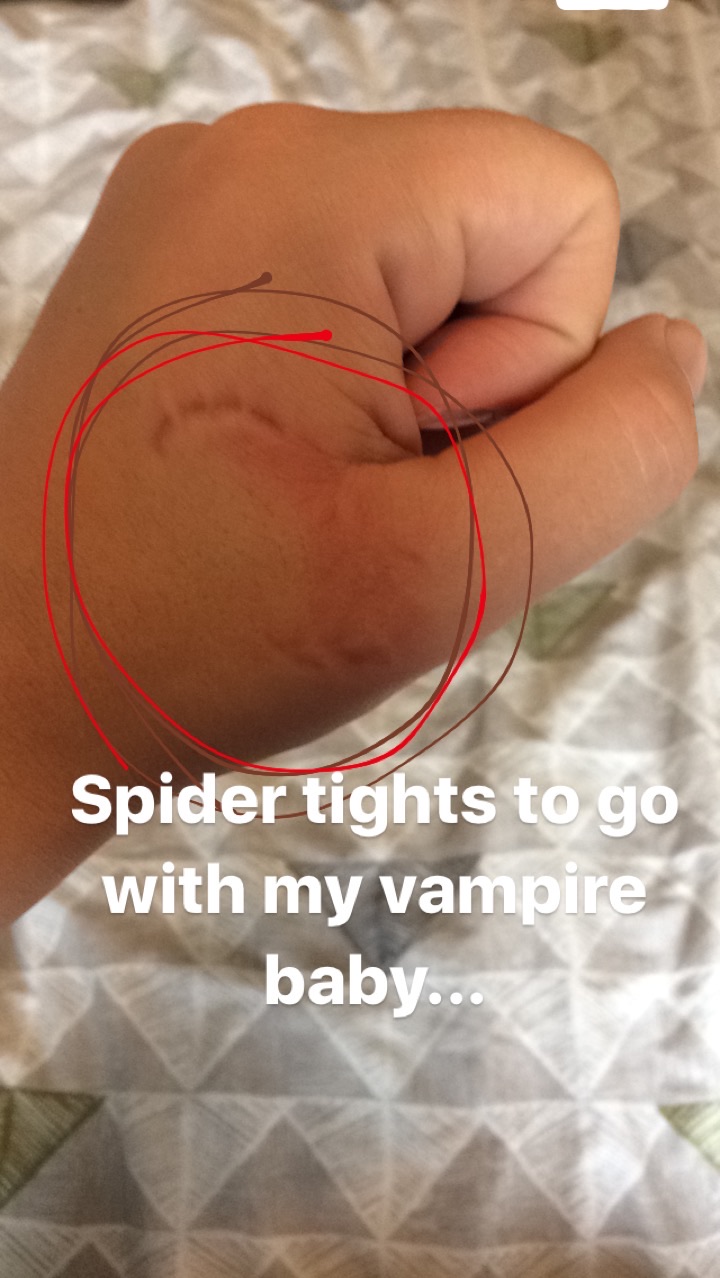 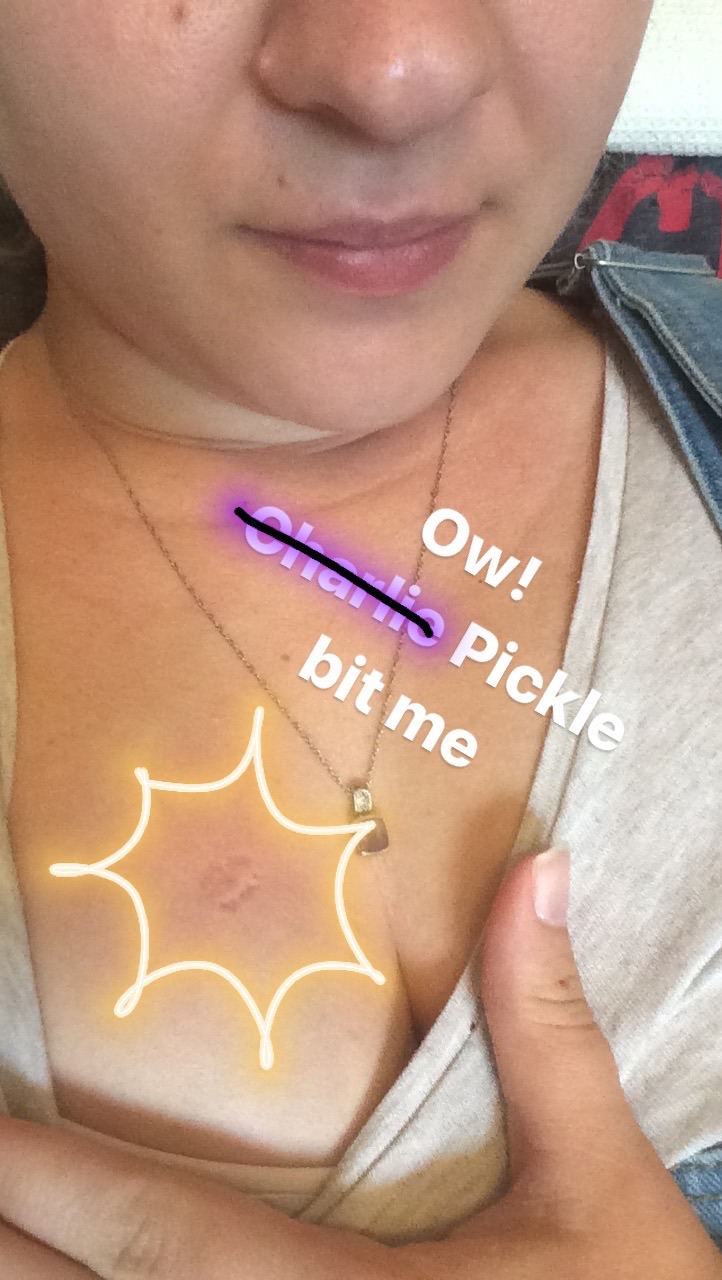 My attitude towards his biting changes on almost a daily basis. Some days, I can be quite objective about it. I can see that it’s just a phase, and I can be confident in how we’re dealing with it. Other days? I’m a mess. I find it all so emotional, and I question everything.

I don’t want Pickle to be known as a biter. I think it labels him with some connotations that do him a disservice. It makes him sound menacing. Nasty. Vindictive. And I don’t think he’s any of those things. If I call him a biter, it feels like it outweighs all his kind and generous attributes. It overshadows all the times when he’s shared his food so beautifully with us, or his friends or his toys. It counteracts his cuddles and his kisses. It makes him sound feral and uncontrollable (and, sometimes, he is!) but he’s also clever, and funny, and cute. He cares about others, and he loves playing with his friends. We’ve seen him comfort toddlers who have been sad. We’ve heard how he’s fetched other children’s teddies for them at nursery when they’ve been upset. He loves helping others put their shoes on, and will happily put other people’s rubbish in the bin. We’ve seen him laugh in delight at a shared game or joke. I’ve seen the way his face lights up when he sees his family and his friends. He is full of love. 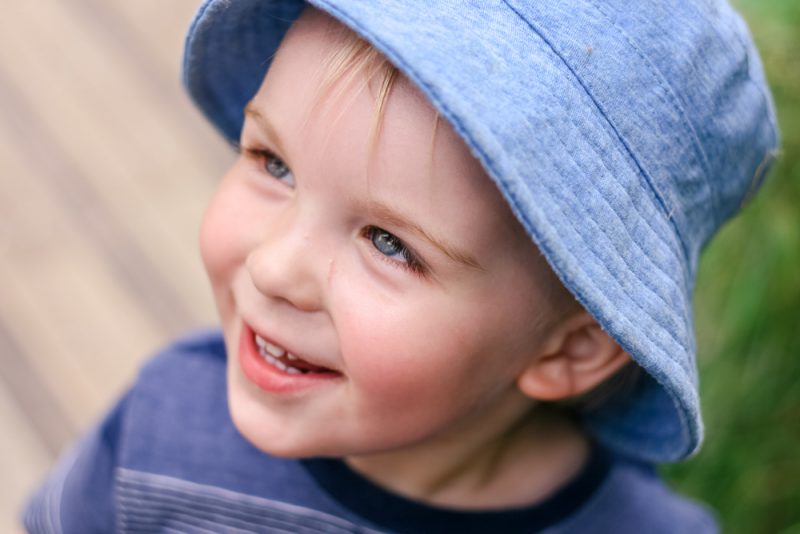 He isn’t naughty (god, I hate that word). He’s still my little boy. And I love him more than words can say. I don’t want his biting to discount all of that. But some words carry more weight than others, don’t they? And ‘biting’ is one of them. It sounds monstrous. No one wants their child to be the biter, and no other parent wants to put their own children at risk of being bitten either.

I’ve seen all sorts of reactions to his biting. There have been occasions where other parents have been shocked, disgusted and snooty, and there have been times where other parents have reassured me that it’s fine, and that’s it’s just normal. I’d like to sit here and tell you that I feel the same about biting incidents regardless of how other parents react but that’s not true. There are some reactions that have left me in floods of tears, and there have been other times when I’ve felt relatively calm. But each and every occasion has left me feeling embarrassed. Like I just wanted the ground to swallow Pickle and I up. I’ve wanted to leave immediately and shut ourselves away where we can’t inflict any damage on anyone. 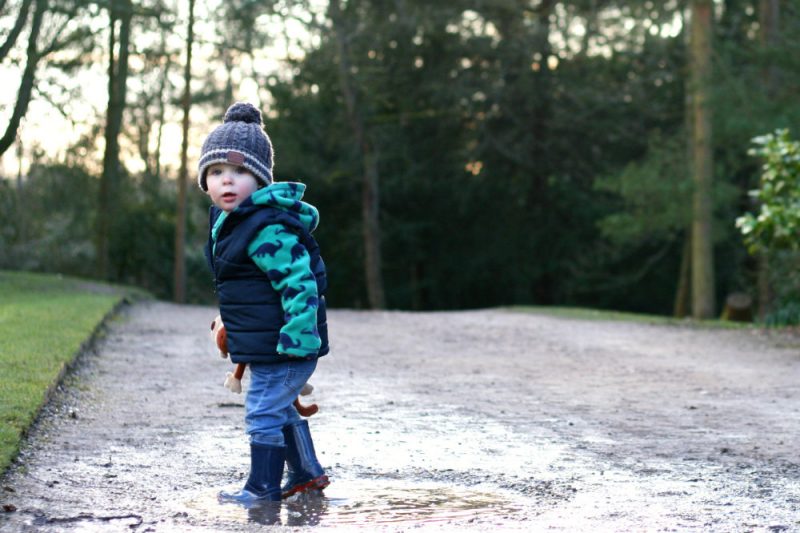 The thing is, if your child isn’t a biter… I don’t think you quite get it. It’s easy for you to look at your child, safe in the knowledge that they’re not monstrous biters and judge me that mine is. Do you think my parenting is to blame? Do you think I encourage this kind of behaviour? Do you think I think it’s okay? Do you think I dealt with it appropriately? How would you have handled the situation differently?

I find myself trying to excuse his behaviour. I blame what he’s been eating. Or the weather. Or the fact we may have been cooped up inside all day. I blame anything and everything I can think of to stop pointing the blame at myself. Some days, I feel like a glaring spotlight is on my parenting disciplinary strategies and I question whether we’re totally to blame, and other days I’m certain we’re dealing with it the best way we can. 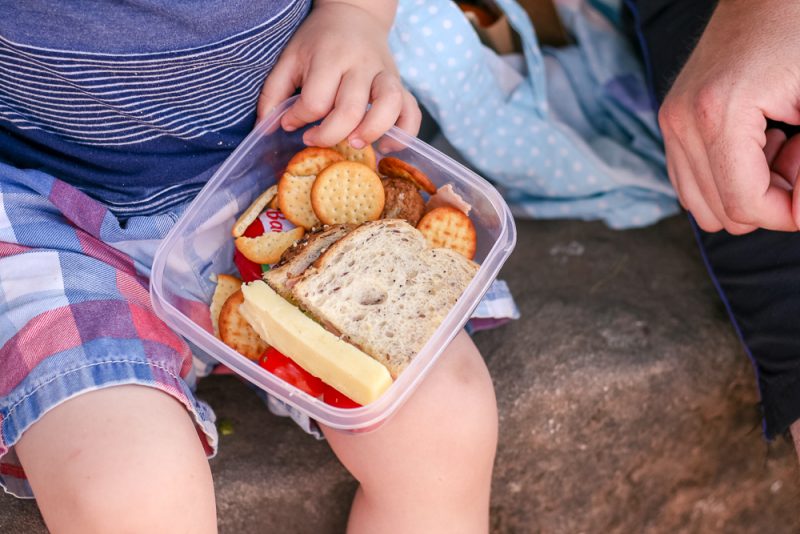 I make excuses for why we haven’t been stricter with him. He’s too young to understand is a common train of thought. Pickle’s speech hasn’t been particularly brilliant (but in recent weeks he’s come on leaps and bounds and can communicate much better). For a long time I’d been thinking Oh, when he can speak – it’ll be much better. He’s just frustrated that he can’t communicate but I’m not sure I can tell myself that anymore. Furthermore, he’s shown me on plenty of occasions that his comprehension is very, very good. He knows exactly what’s going on. He understands more than he lets on sometimes, and I’ve been letting him get away with so much because I’ve dismissed trying to explain or reason with him by telling myself he’s too young to understand. He won’t get it. But he definitely does now.

He is starting to understand consequences. At a recent playdate, he bit one of his best friends. I’m not entirely sure what happened, but both him and his friend were crying: his friend with a nasty looking bite mark on her arm, and Pickle with a scratch under his eye. I’d hazard a guess that Pickle bit first, and his poor friend tried to push him off which resulted in his scratch. When he next went into nursery, straight away he was asked questions about his eye: oh, how did you do that? Oh dear, Pickle, what happened? It sounds silly but I was actually really pleased with his answer. The friend who he’d bitten was sat next to him. Rather than just tell people that she’d done it, he told the nursery worker that he’d bitten his friend’s arm. He pointed to her, and to her arm and said her name along with ‘hurt arm’. He knew he’d gotten scratched because he had bitten. And acknowledging that as a consequence feels like a giant leap forward. 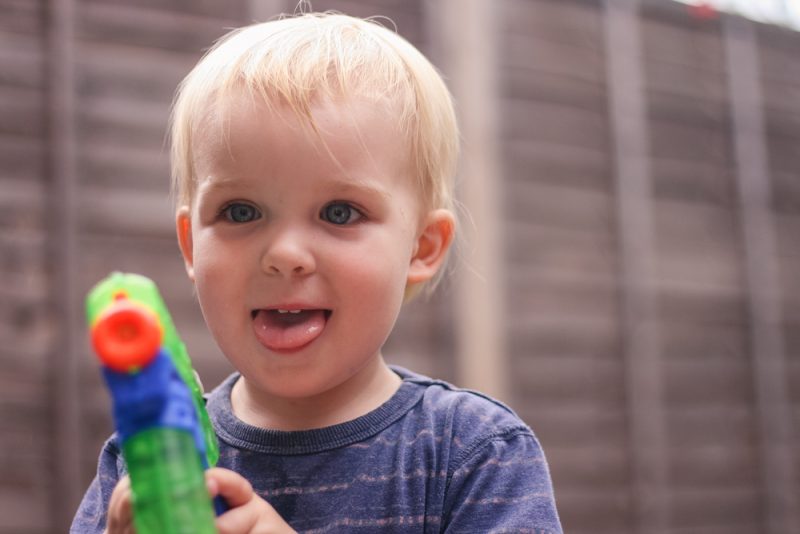 In the time it’s taken me to write, re-write and edit this post (what feels like a million times), his biting does seem to have calmed down. We’ve had two whole weeks without any incidents at nursery, and more notably – no biting incidents at home (which was always more frequent). Does this mean we’re over it? Not necessarily. We’ve seen this pattern before: his biting behaviour does go through phases – which we think may be linked to teething… but I’m enjoying a little bit of a break, and enjoying all the glowing reports from nursery and the lack of bruises on my arms. I’ll enjoy this lull whilst it lasts, and keep my fingers crossed it’s a sign we’re growing out of it.

If your child bites

If you’re reading this as a parent of a biter, please know you are not alone. I am always more than happy to chat, reassure and comfort any other parents going through the same phase (wouldn’t it be lovely if we could all listen to our own advice a bit more?). If you have Instagram or Twitter, feel free to drop me a message at @littlepicklemom or I’m also on Facebook. If you’d prefer to send a good old email, my Inbox is always open: holly@littlepicklesmom.com. It’s good to talk. And it’s even better to know there are others out there feeling exactly the same. No judgement here. 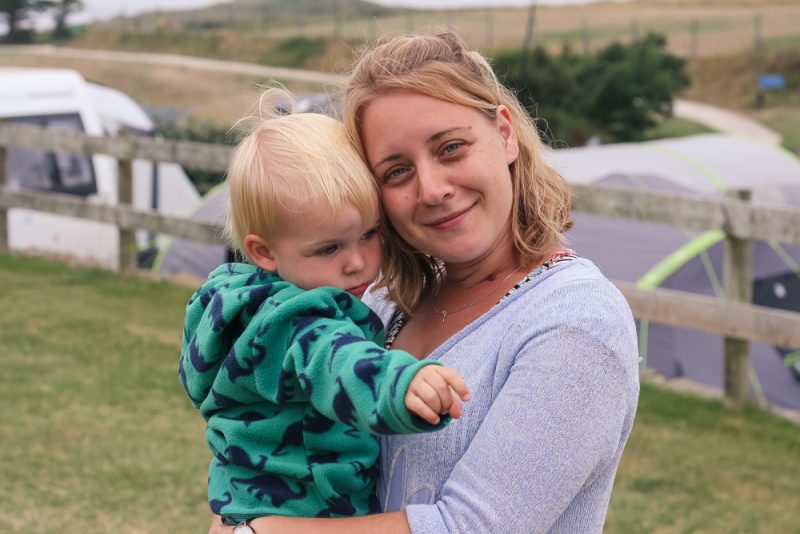 #ThankGoodness for Midweek Meals with Dolmio

Sometimes, I want to be Daddy